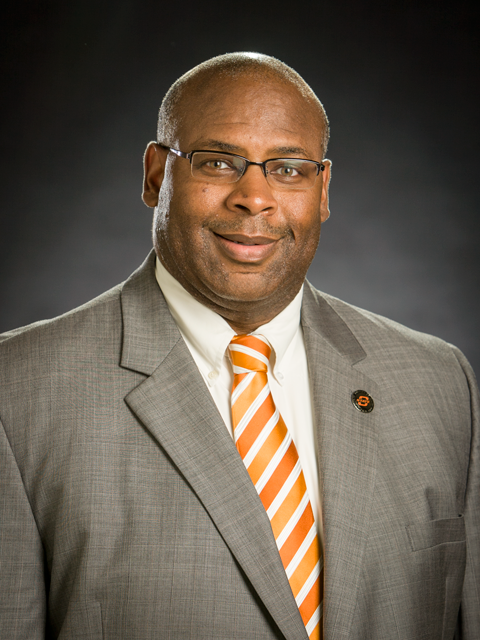 He is also the PI for the OK-LSAMP Bridge to the Doctorate Program at OSU, which is a $1.1M two-year NSF grant that provides graduate school funding for twelve LSAMP Scholars. In total, Dr. Kirksey has served as PI for approximately $6M in NSF funding at OSU. During his tenure as Vice President, Dr. Kirksey also had administrative oversight of an additional $11M in NSF and U.S. Department of Education projects serving students from historically underrepresented groups, and first-generation, low-income, and students with disabilities. Since January 2014, he also served as an appointed member by the chairman of the Oklahoma State Regents for Higher Education to the statewide Oklahoma NSF Experimental Program to Stimulate Competitive Research (EPSCoR) Committee.

Dr. Kirksey brings approximately 25 years of experience teaching, researching, and active engagement with issues related to diversity and inclusion. His areas of expertise include minority politics, race and sports, and public policy, with emphasis on African Americans, Native Americans, and women in the American political system. Dr. Kirksey’s published research has appeared in the National Political Science Review, Women and Politics, the Voting Rights Review, Focus on Law Review, and Oklahoma Politics. In addition to his published articles, Dr. Kirksey has written several book chapters, focused primarily on the Voting Rights Act of 1965. Additionally, he has served as a federal court-certified litigation consultant in voting rights cases.

Throughout Dr. Kirksey’s tenure, the number of U.S. Department of Education TRiO programs housed within the Division has expanded to four. In addition to the Student Support Services Program directly serving OSU students for the past seven years, in August 2017, the Ronald E. McNair Post-Baccalaureate Achievement Program, also referred to as the McNair Scholars Program, was awarded to the Division. Additionally, two pre-college TRiO programs, Upward Bound and Educational Talent Search, are housed within this executive-level unit. These four TRiO programs account for approximately $5M in federal grants serving first-generation, low-income, and students with disabilities at OSU.

The Division of Institutional Diversity has played an integral role in OSU being recognized with a number of accolades, including several nationally prestigious awards. OSU has received the 2016 National Association of Diversity Officers in Higher Education (NADOHE) Institutional Excellence Award, the 2016 Southwest Minority Supplier Development Council (SMSDC) Corporation of the Year Award, the 2012-2018 Higher Education Excellence in Diversity (HEED) Award from Insight Into Diversity, the 2018 and 2017 HEED Award Diversity Champion, the 2016-2018 Minority Access, Inc. Institution Committed to Diversity Award, the 2016 and 2017 Mosaic Five-star Inclusive Workplace Culture Award from the Tulsa Chamber of Commerce’s diversity business council, the 2017 American Association for Access, Equity, and Diversity’s (AAAED) Dr. Roosevelt Thomas Champion of Diversity Award, and the 2018 Innovation + Inclusion Leadership Award from The Society for Diversity. Additionally, OSU is one of ten four-year schools in the nation to have earned the HEED Award seven consecutive years. Also, since 2014, the U.S. Department of Education has designated OSU as a Minority Serving Institution (MSI).

In March 2017, Dr. Kirksey was the recipient of the NADOHE 2017 Dr. Frank W. Hale, Jr. Distinguished Service Award. The award recognizes individuals who distinguish themselves in higher education with a robust record of consistent service for inclusive excellence; exercising innovative and courageous leadership and vision, and exemplifying the philosophy, principles and practices of NADOHE while contributing substantially to diversity and inclusive excellence. Most recently, in November 2018, Dr. Kirksey received the 2018 Distinguished Service Award from the Association of Public Land-grant Universities’ (APLU) Commission on Access, Diversity and Excellence (CADE). The APLU CADE Distinguished Service Award is awarded to one recipient nationally who has created partnerships, broadened access and opportunity in higher education, and contributed to the achievement of diversity at all levels of an academic community.

In 2018, Dr. Kirksey was elected to serve a three-year term on the NADOHE Board of Directors. Within the NADOHE Board, he chairs the Awards Committee. He recently served as President of the Big XII Chief Diversity Officers Consortium from 2013-2017. Since 2014, Dr. Kirksey has served as President for the Oklahoma Diversity Officers and Practitioners Consortium, which is a statewide diversity-based organization.  Additionally, for over a decade, he has served as a panelists for the Ford Foundation Postdoctoral, Dissertation, and Predoctoral Fellowship Programs Review through The National Academies of Sciences, Engineering, and Medicine. The past several years, Dr. Kirksey has chaired the Ford Fellowship Program Review panel on Interdisciplinary Studies. In December 2018, he was unanimously elected to serve a four-year term on the Board of Directors for USA Taekwondo.

In February 2014, Dr. Kirksey embarked on an unconventional and unprecedented capital campaign at OSU. The five-year campaign focused on engaging OSU alumni of color, primarily African Americans, to develop private program support and resources, in particular scholarships, focused on diversity and inclusion. The campaign goal was $1.65M. A couple months shy of the end of the campaign in January 2019, the total dollars raised is approximately $5.6M, and has yielded over 40 new endowed scholarships. This transformative effort has substantially enriched OSU’s commitment to inclusive excellence.

Dr. Kirksey is a highly sought consultant and speaker and serves on several diversity-related boards and councils, including the Board of Directors of the Oklahoma Center for Community and Justice (OCCJ) and the Oklahoma Policy Institute. He served as a member of the Stillwater Public Schools Long Range Facility Planning Committee from 2014-2016, and coached youth basketball, softball, and baseball in the community for over a decade. Dr. Kirksey is also a past President of the Stillwater Big Brothers/Big Sisters Board of Directors and a former executive member of the Board of Directors for the Stillwater Family YMCA. He has given countless diversity and inclusion presentations and workshops across the state, as well as nationally. Previously, Dr. Kirksey served as the Director of the OSU Center for Africana Studies (2007-2011), President of the Oklahoma Political Science Association (2002), and held the Hannah D. Atkins Endowed Chair for Political Science and Government Information in the OSU Department of Political Science from 1995-2010. He was the first African American at OSU to hold an endowed chair.

Dr. Kirksey is a native of Denver, Colorado. He and his wife Kim, also an OSU alum, have two children, Kaitlyn and Garrett, who currently attend OSU.