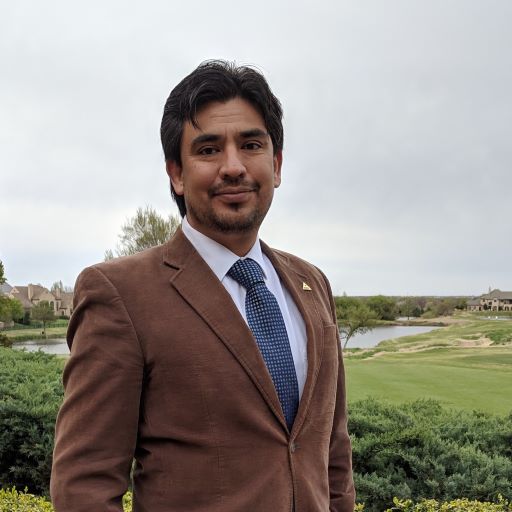 Dr. Borunda is an Associate Professor of Physics at Oklahoma State University.  He received his Bachelor of Science degree in Physics and Mathematics from the University of Texas at El Paso (UTEP) in 2003, where he was an LSAMP fellow. He continued his studies in Physics, receiving his Ph.D. from Texas A&M University in 2008. He spent four years as a postdoctoral fellow at Harvard University. Dr. Borunda has also been a visiting researcher at Harvard University. Dr. Borunda’s research explores electron transport and the properties of condensed matter. His work at the University of Texas at El Paso involved using α-particle spectroscopy as a teaching tool. As a graduate student and postdoctoral fellow, he performed calculations on electronic conductivity in two-dimensional systems, proposed and described an atom-laser coupling scheme that induces spin-orbit interaction in ultra-cold atoms, and simulated electron transport in graphene. At Oklahoma State University, his research has focused on quantum information, the quantum-to-classical boundary in chaotic systems, and theoretical methods to predict novel materials for energy production and electronic applications. Dr. Borunda is enthusiastic about working with minority students and has produced a positive impact with OK-LSAMP scholars, SACNAS, American Physical Society, and as President-elect of the National Society of Hispanic Physicists. 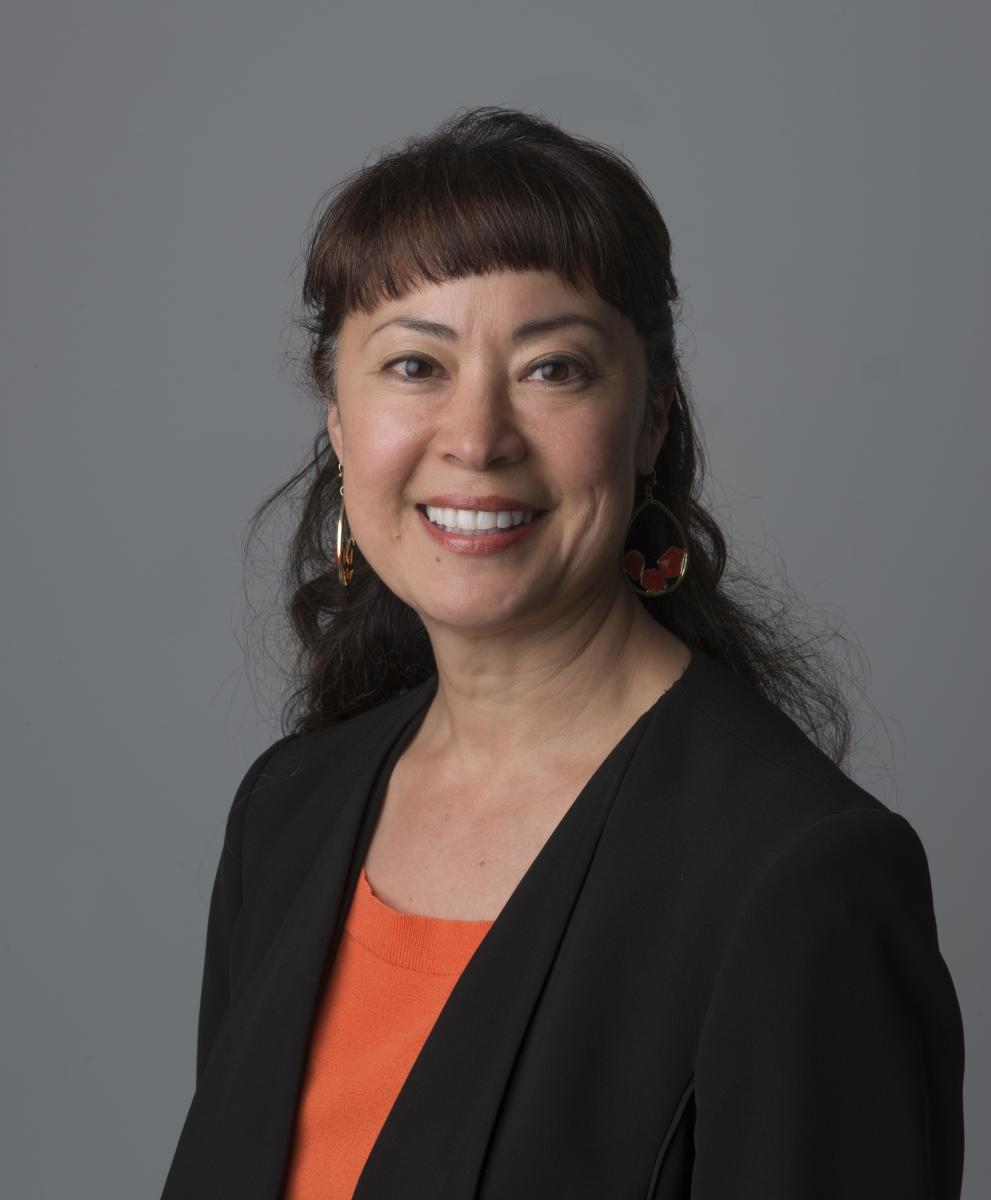 Dr. Agnew serves as the Vice President for Student Services at Oklahoma State Institute of Technology.  She received her Bachelor of Arts degree in Human Resource Management and Psychology from the University of South Florida in 1986 and her Master of Science degree in Human Services from Murray State University in 1999. Dr. Agnew completed Ph.D. degree requirements in Occupational Education from Oklahoma State University in May 2014.  During her career she has been successful in implementing proactive measures to assist students in retaining financial aid, which subsequently led to an increase in retention. 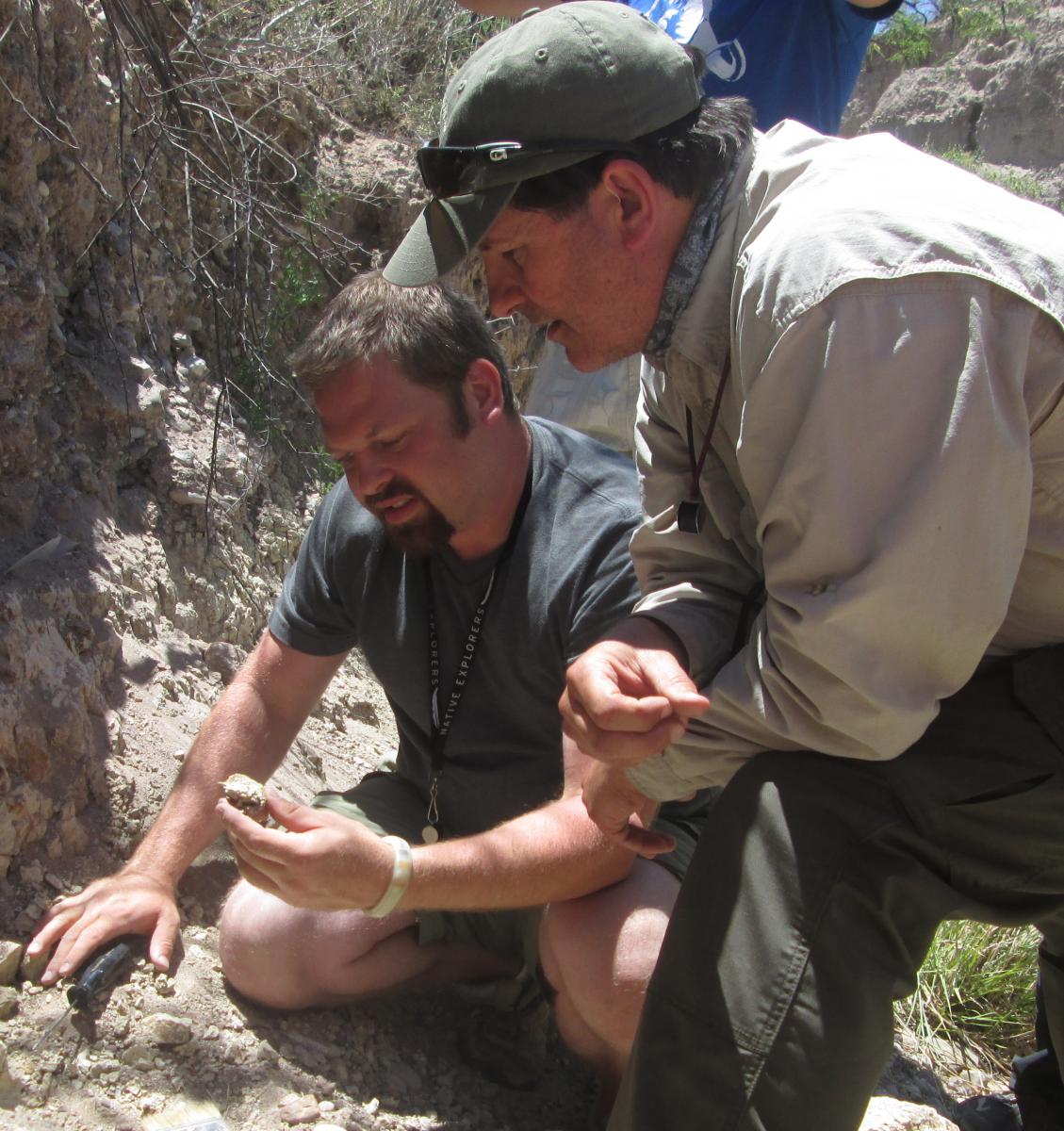 Currently, Dr. Smith serves as the Associate Dean, Office for the Advancement of American Indians in Medicine and Sciences and Professor of Anatomy in the Department of Anatomy and Cell Biology at Oklahoma State University Center for Health Sciences, Tulsa, OK. He began his undergraduate career at Cameron University, receiving his Bachelor of Science degree in Biology/Chemistry in 1989.  He continued his studies at Midwestern State University, Wichita Falls, Texas, receiving a Master of Science degree in Biology in 1991, followed by a Ph.D. in Zoology from the University of Oklahoma in 2002  Dr. Smith’s research focus is in taxonomy, phylogeny and biogeography of late age mammals from the Great Basin and Great Plains of North America.  Dr. Smith has founded or co-founded and directed numerous programs promoting Native American students in the areas of STEM education, including the Native Explorers Summer Research Experience for undergraduates, which was featured in a 2015 edition of Diverse. 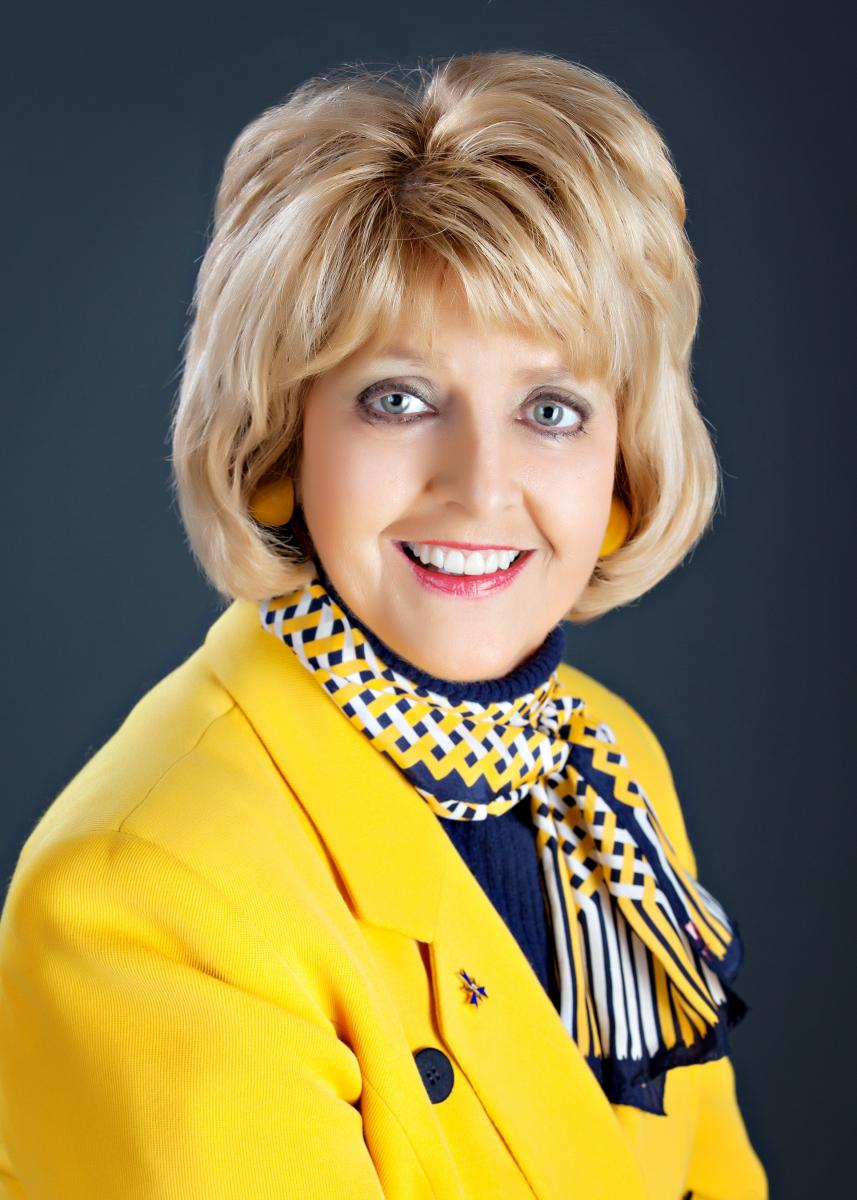 Dr. Webb serves as the President of Rose State College.  Her career in higher education has spanned over thirty years where she has worked not only as an accomplished administrator but also as a dedicated faculty member.  Since 2013, Dr. Webb has brought a renewed energy and focus to Rose State as it transitions to a new generation of students.  Under her leadership, Rose State graduation and retention rates are the highest in years.  Dr. Webb began her education at Northeastern Oklahoma A&M College and then transferred to Northeastern State University where she earned both her Bachelor of Arts degree in Social Studies Education and her Master of Science degree in College Teaching/Personnel Services.  She received her doctoral degree in Higher Administration/Adult Education from Oklahoma State University.  Dr. Webb completed post-doctoral work at Harvard University and at the University of Oklahoma where she was a Kellogg Fellow. 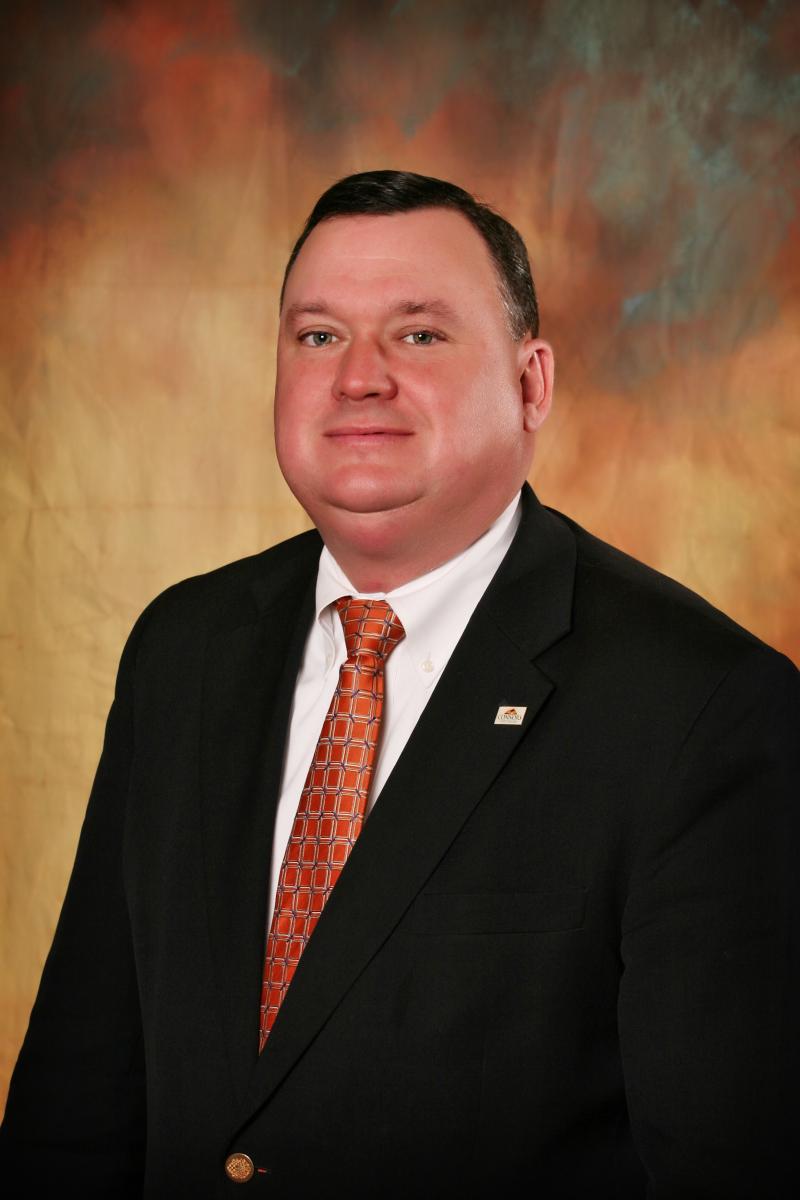 Since July of 2014, Dr. Ramming has served as Sr. Vice President for Academic and Student Affairs at Connors State College.  He was raised on a diversified livestock and crop farm in Hinton, OK.  Dr. Ramming attended Connors State College, graduating in 1985 with an Associates of Science degree in Agriculture. He then completed his undergraduate studies in Animal Science at Oklahoma State University and earned his Bachelor of Science degree in Agriculture in 1987. Dr. Ramming continued his education at the University of Tennessee as a graduate teaching fellow and earned his Master of Science degree in Animal Science. He later returned to OSU to obtain his Ph.D. in Agricultural Education with an emphasis in Higher Education Administration.  Dr. Ramming started his career in 1990 at Connors State College as an Agriculture Instructor and Assistant Livestock Judging Team Coach.  In 1998, he became the Director of Distance and Extended Education and six years later took over as Dean of Enrollment Services.  Dr. Ramming was promoted to Vice President of Enrollment Management and Student Services in 2009 and named Vice President for Academic Affairs in 2012. 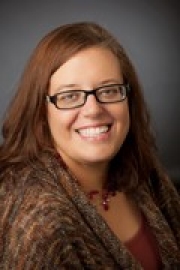 Dr. Cullen is currently an Associate Professor for Instructional Psychology and Technology at the University of Oklahoma.   She received her Bachelor of Science degree from Northwest Missouri State University in Comprehensive Teaching Biology with minors in Chemistry and General Science in 1996.  She continued at Northwest Missouri State University receiving her first Master of Science degree in Computer Studies in 1999.  Her second Master of Science degree is in Instructional Systems Technology in 2005 from Indiana University.  She earned the Ph.D. in 2006 from Indiana University in Instructional Systems Technology with a minor in Science Education.  She also serves as Director of the Jeannine Rainbolt College of Education One to One IPad Program and Instructional Psychology and Technology Program Area Coordinator. She has held various research positions throughout her career that includes: Cisco Networking Study, Science Educates and Standards Matter Grants and Learning Science by Inquiry: An Elementary Teacher Enhancement Program.   In 2015 Dr. Cullen was honored as the Apple Distinguished Educator by Apple Corporation.

Dr. Lewis serves as the current Campus Coordinator for the Oklahoma Louis Stokes Alliance for Minority Participation (OK-LSAMP) and Associate Professor of Chemistry at Langston University.  She began her career in the U.S. Army where she served four years active duty as a Field Artillery Army Officer at Fort Sill, OK.  Following her military career, Dr. Lewis attended Howard University in Washington, D.C. where she received her Bachelor of Science degree in Zoology with a minor in Chemistry in 1986. Following graduation she worked as a Technical Specialist for Kerr-McGee Corporation in Oklahoma.  This experience provided her with the opportunity to continue her education at the University of Oklahoma where she completed her Master of Science degree in Chemistry/Biochemistry in 1997 and her Ph.D. in Chemistry/Biochemistry in 2002.  Dr. Lewis served as a post-doctoral fellow at the University Oklahoma prior to accepting a position as an Assistant Professor at Langston University in 2003.  Her research focus is on Bioinformatics, Mental Illness and Asphalt Chemistry. 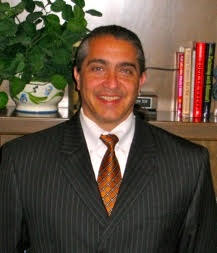